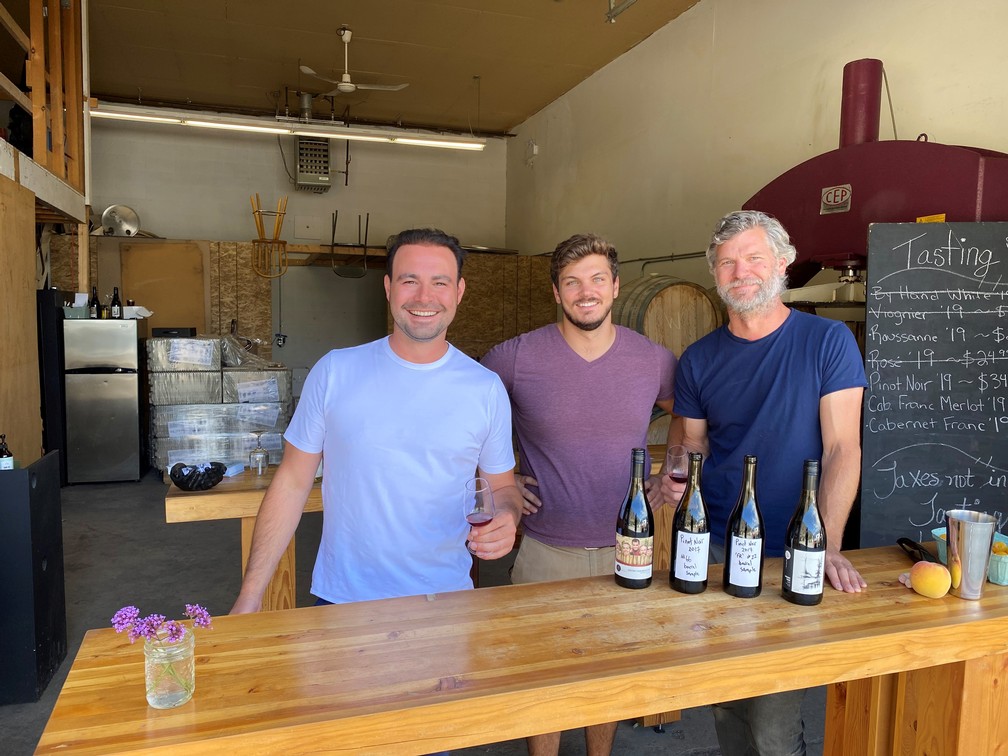 Tyler and Aaron hosting Jordan at the winery

It’s almost the end. Today we get to officially release the Pinot Noir. I have a special connection to this grape as it was in Burgundy - the home of Pinot Noir -  where I picked my first grapes. It was September 2007 and I was biking around the French countryside, sipping wine and getting in the way. I passed a picking team and asked the vineyard boss if I could help. He said “don’t cut off your fingers” and then mimed cutting off fingers. When I nodded he handed me some clippers.  Nobody’s fingers were cut off, and the boss gave us a bottle of wine. It was a good day.

I liked the 2019 Pinot Noir so much, I decided to reserve a barrel to make some magnums. You can buy the magnum pack we just released here. This release of Pinot Noir 2019 is a selection of 8 barrels. The fruit was picked on two perfect days, fermented naturally in the garage, aged a half season in neutral oak, and then bottled without fining or filtration. Find it here or in the tasting room. We plan to be open until Thanksgiving.

For the charitable donation in this Chapter, one dollar from every bottle in this release of Pinot Noir will be given to Cystic Fibrosis Canada. 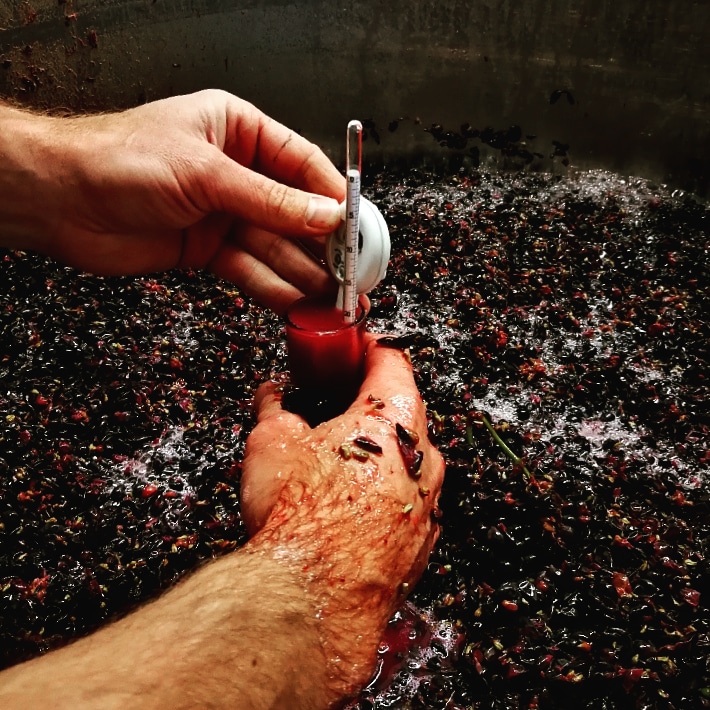 Getting the numbers on the Pinot Noir ferment.

Keep up to date on the latest wine releases, events, and industry news.